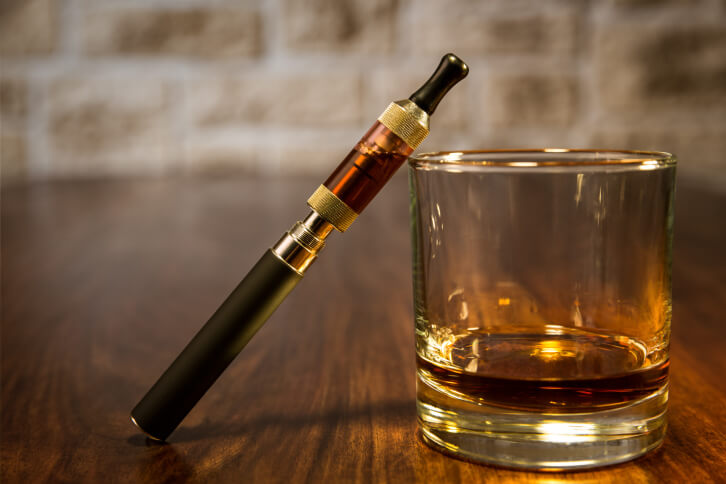 To all vape addicts or beginners out there, you probably lack information, wonder, your curious until you read or try a new trick you found online. Truth is not everything found is eligible to believe and try, that’s why we created the blog to ensure and enlighten on all topics related to vape industry especially in Lebanon to support our vapers community.

We will shed light on water and alcohol vaping! Well you read that right, but what you don’t know is the harm caused. Agreed that vaping helps quit smoking and is way healthier but that is when used right following instructions.

What is water and is it suitable for vaping?

As we all know it’s composed of hydrogen and oxygen components and it’s a vital one for surviving. Therefore, many people would consider it a healthy substitution even maybe in vaping; For what reason would somebody need to breathe in extremely hot steam which could burn their mouth, or cause severe lung injury?

If vaping of water occurs the chances are you will only get water vapor, no clouds, no flavor and severe mouth, tongue and lung injuries! Hmmm, we thought you switched to vaping to have major cloud flavor experience? Well water is not even an option to think or try. That’s why ejuices were created having nicotine and flavors such as fruity like the nasty juice line, sweet as Dr vapes panther collection or Cubano done well by Penta vapes of which are free of tar that causes no harm. These flavors are found in Lebanon at 961 vape store.
.

What is alcohol and is it used for vaping?

Alcohol is made of ethanol brewed with yeast by fermentation of some grains, fruits or other sugary sources. Mainly its produced to be consumed by the action of sipping for light drinkers or drinking by people who enjoy this pleasure when in company or having some celebration occasions. The question is why it’s being introduced to vape industry?

While thinking of it, mainly its process of heating the alcohol and inhaling rather than sipping yet only small portions can be consumed. As a start, if alcohol is vaped it won’t reach the liver; you might think that’s good! But no, it will be absorbed directly in your blood stream and causes rapid dizziness as a minor and the major is overdose. Since you won’t feel how high are you, you might intake pretty large amounts of alcohol causing overdose. Hence, in condition of overdose, inhaled alcohol cannot be purged by vomiting which is the defense of the body against alcohol poisoning. Rather, the alcohol ingested remains in the bloodstream longer and causes consumer to quickly collapse. Chances of dependency are also increased with the continuous use of vaped alcohol. And sadly, it will promote the nasal transition to infection, it can in turn also cause nerve destruction and total brain damage.

Vapers seek the thrill of clouds and flavors bursting for utmost pleasure therefore, we recommend you buy this vape kit from Vaporesso Gen with Vgod saltnic liquid. As for smokers, our recommendations goes to pod system kits as the Jwell La carte with Nasty ballin series of ejuice.

Bottom line is neither water nor alcohol would give you the satisfaction and thrill of vaping you desire, instead it will cause harm, so stick to vaping as it will give you the utmost pleasure.